As part of the DEFRA-funded Devon Pathfinder project, which Hydro-Logic Services consultants have delivered across Devon to improve resilience and provide warning to many local communities, we have recently installed some flood warning signs at Shebbear and Sheepwash.

The ‘trigger’ event that caused the installation of the warning signs was the potentially fatal incident when a woman and her daughter tried to ford the floodwater after dark at Sheepwash Bridge. Their car was swept off the road and into the adjacent woods by the force of the current. After failed attempts to rescue them by a helicopter, the terrified occupants, feeling the car beginning to move in the current, escaped via the sunroof and were pulled to safety by a fire brigade dingy.

There had been a previous incident near Black Torrington Bridge where a tractor driver had to be winched from the cab by a helicopter, and all three crossing points had seen numerous incidents over the years where cars had been written off by drivers entering floodwater.

The flood warning system involves a water level gauge installed within the river, which activates LED flashing signs that activate when there is water on the road. When a car approaches, the Moving Vehicle Detector causes the sign to illuminate and warn the motorist about the flood water. The water level sensor and signs are all stand alone units, which are battery powered (with the signs trickle charged by solar power) and use GPRS to communicate with each other. The local Parish Council can view the levels and alter the thresholds at which the signs operate via the Timeview Telemetry website. Following installation of the signs, Hydro-Logic Services consultants have provided training to the local community in the use of Timeview Telemetry and continue to offer support to the Parish Council.

"Gone are the days when a white post stuck in the ground is an adequate warning. With residents needing to cross the River Torridge on a daily basis for work, the school run and so on, some way of giving them plenty of notice that the river is out was essential. With this new technology they can instantly see from the internet if they can find another route."

On 23rd July 2013, 19 domestic properties and 1 business suffered internal flooding following a period of intense rainfall within the within the Sherwood area of Nottingham. Due to the severity of the event, Nottingham City Council prepared a flood investigation report under section 19 of the UK Flood and Water Management Act (2010). That report made a series of recommendations, including the installation of a telemetered rain gauge within the catchment and a telemetered water level system to measure surface water on Winchester Street. As the provider of Flood Warning Systems to Nottingham City Council, we were approached to provide a solution to monitor and provide warnings of surface water flooding.

The water level monitoring system that we installed is mounted within a roadside bollard with a inlet tube to a stilling well beneath the bollard, so that it can measure the water level on the road. The telemetry logger is located at the top of the bollard, well above the highest expected water level, with a high accuracy pressure transmitter measuring the water level. Alarm thresholds are set and the Timeview Telemetry website issues warnings to the City Council drainage team to alert them to high surface water levels at this location. 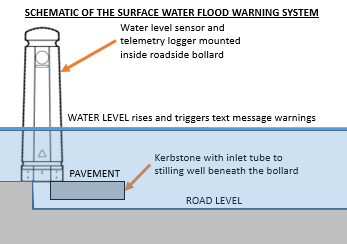 Hydro-Logic Services hydrometry teams currently operate over 650 flood warning sites in the UK for over 65 local authorities, the Environment Agency and private customers such as Lidl, Tesco and Asda. If you need to manage flood risk in your area please contact us. 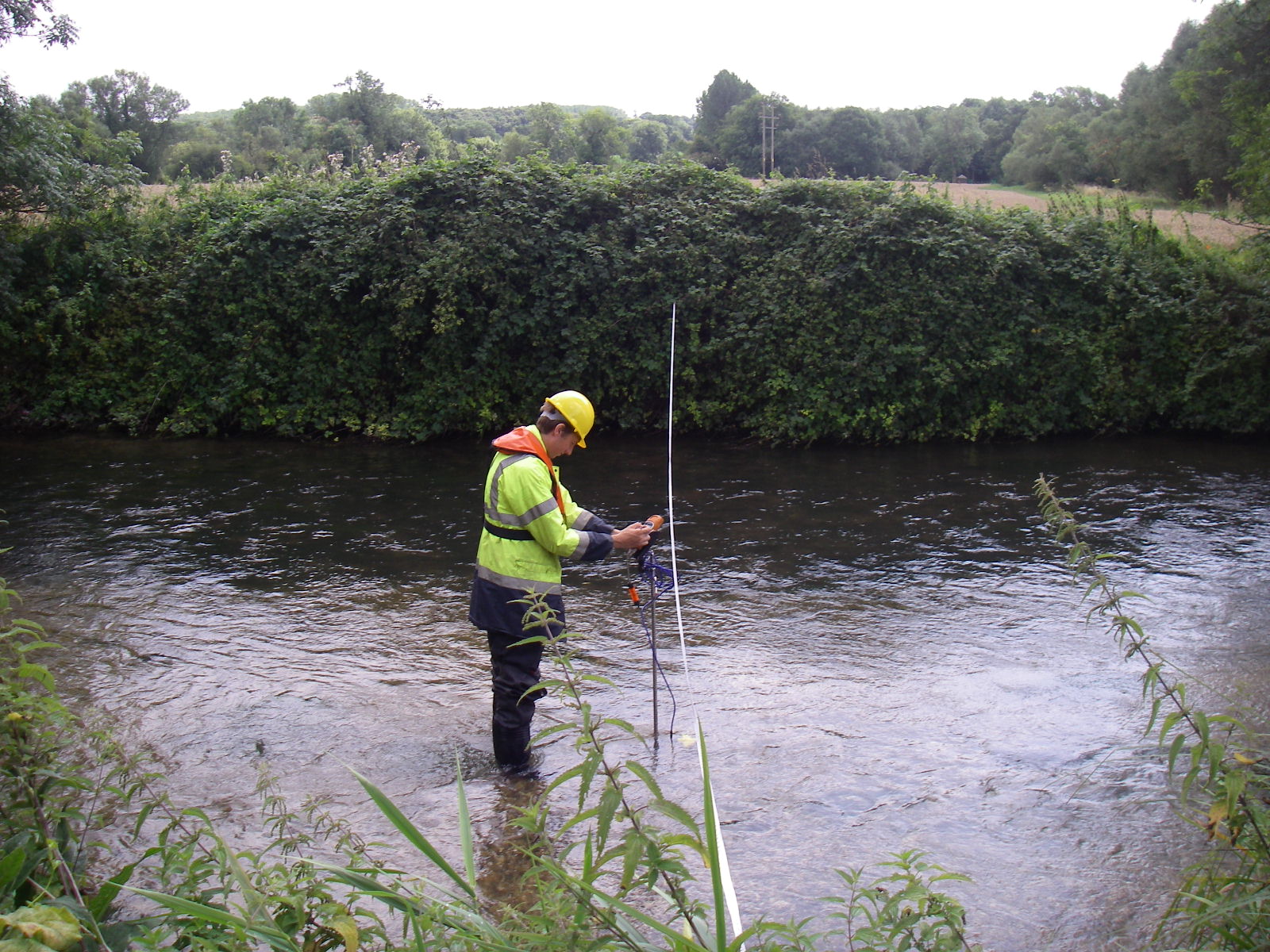