River pollution is damaging to the environment and to human health. We can help you to capture harmful pollutants before they ever reach a river.

In many parts of the world no regulations exist to protect the water quality and environmental integrity of rivers, and in those parts of the world where rules do exist they are often not enforced effectively or consistently. As such, many rivers suffer acutely from a range of pollutants that present risks to plant and animal life, the environment and human health.

The effects of river pollution

Rivers are integral both to human society and to the wider environment, and pollution of those rivers can cause a range of adverse effects to plant, animal and human life. The riverine ecosystem both accumulates and transports pollution, concentrating organic and inorganic pollutants in ways that damage flora, fauna and human health, as well as transporting them, ultimately, to the sea.

In addition to the environmental impact, one aspect that should not be overlooked is the economic one - rivers are both a way of life and a livelihood for huge numbers of people, providing income via fishing and aquaculture, and a polluted river will have depleted stocks of fish, crustaceans and other aquatic life on which some economies rely.

The most obvious type of pollution is perhaps trash and gross solids. Consisting of materials such as styrofoam, metal containers and plastic packaging, these are unsightly and persist in the environment. They can clog waterways and also present risks to bird and fish life that may swallow or become entangled in them.

Sand, grit and other fine solids are carried in stormwater and wash into the river, where they accumulate. This siltation of total suspended solids (TSS) can clog rivers, and deposition can adversely affect invertebrate life and fish egg survival.

Damaging chemical pollutants can enter rivers from a number of sources, from the more obvious such as waste from industrial facilities, to the less obvious such as runoff from farms and roads. These chemicals can damage the environment immediately and catastrophically, or can build slowly, accumulating in plant and animal life in such a way that environmental and human health effects are not realized for many years. Nutrient pollution can imbalance ecosystems, causing algal blooms that can produce toxins that damage other aquatic life.

Where sanitation is poor, wastewater treatment is ineffective or absent or people live in close proximity to a river, pathogens can enter the watercourse more easily. Transmitted in human and animal feces, some bacteria and parasites can present a serious risk to human health in those parts of the world where river water is used for cooking, washing or drinking.

Our experts can help you to plan, design, operate and maintain better stormwater systems. Download the eGuide to learn more.

The world's most polluted rivers

While there is no formally and globally recognized ranking for polluted rivers, several watercourses are cited again and again when the world's most polluted rivers are discussed.

The mouth of the Niger River is a busy shipping nexus, providing access for transport vessels carrying goods into and out of Nigeria. Of its exports, Nigeria's oil is responsible for a devastating amount of pollution in the Niger River Delta, with accidents, spillages, sabotage by groups such as Boko Haram and general oil production processes all contributing to a total spillage of up to 13 million barrels of oil since 1958.1

Economically, environmentally and spiritually vital to India, the Ganges has long been considered one of the more polluted rivers in the world. Despite being used for bathing, ritualistic purposes and as little more than an open sewer, the Ganges provides fresh water to an estimated 500 million people. Fecal contamination and industrial waste from heavily industrialized cities such as Kanpur, Allahabad, Varanasi and Patna combine to make the waters of the Ganges both a hazard to human health and a serious environmental risk.

The Citarum River is a 300 km (180 mile) river that runs through West Java in Indonesia, and is often cited as the world's most polluted river. As many as 2,000 industrial facilities operate on or near the river, contributing to the dangerously high levels of lead, mercury, arsenic and other hazardous contaminants that pollute the waters. A 15-year, $4bn revitalisation project began in 2011.

The Río la Matanza / Riachuelo runs for 64 km (40 miles) through Buenos Aires in Argentina before entering the Río de la Plata on its way to the Atlantic Ocean. Such high levels of industrial pollutants flow into the river from factories and industrial facilities that artist and environmental activist Nicolás García Uriburu felt compelled to dye the river green in both 1970 and 2010 as a way of highlighting the severity of the waterway's pollution problem.

Scientific American includes the Niger River Delta, the Citarum River and the Río la Matanza / Riachuelo on its list of the world's ten most polluted places.

River pollution is a concern even in Europe, where the European Union's Water Framework Directive commits member states to achieve "good qualitative and quantitative status of all water bodies". A study published by Ralf Schäfer of the University of Koblenz-Landau, Germany, analyzed water quality data from over 4,000 monitoring sites and measured concentrations of more than 200 different organic chemicals, and found that 14% of sites contained concentrations of chemicals that were potentially lethal to aquatic life.2

How to prevent river pollution

The best way of preventing river pollution is to capture pollutants before they are able to reach the watercourse. While this may not always be easy, our combined sewer overflow (CSO) treatment and stormwater treatment systems provide effective and reliable capture of solids, oils and hydrocarbons, metals, chemicals and nutrients from stormwater and CSO sites.

The Storm King® is an advanced hydrodynamic vortex separator and screen that removes solids, biological contaminants and other materials at CSO sites.

Downstream Defender® is an advanced vortex separator that captures sediment, oils and floatables from stormwater runoff even during high peak flows.

First Defense® is a versatile stormwater separator that captures stormwater sediment, trash and floatables in a unit that saves site space and adapts to smaller or logistically difficult site locations.

The Hydro DryScreen® is a next-generation baffle box that captures sediment and screens trash and other solids, storing organic materials dry to prevent nutrient leaching.

We'd like to update you on stormwater management news, articles and product developments. To sign up to receive updates just complete the form: 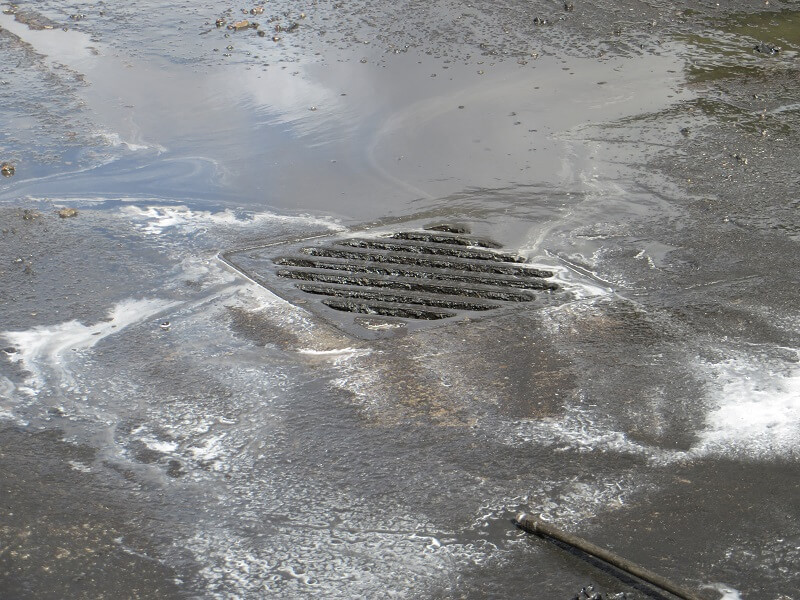 View our range of advanced stormwater screens, separators and filters. The Storm King® helped Bucksport, ME to treat its combined sewer overflows and turn the CSO outfalls into a community betterment program.