In September 2015 we installed a Hydro-Logic™ data logger alongside a Hydro-Brake® Optimum flow control at a site in Glasgow, Scotland on behalf of Scottish Canals.

One year on and the hydrometric data shows that the flow control has been operating exactly as it was designed—managing water quantity effectively and efficiently to provide sustainable drainage and to prevent flooding to the canal, protecting homes and businesses in Glasgow.

The Hydro-Brake® Optimum flow control was installed in 2015 to manage downstream flow volumes and reduce the risk of flooding as part of a residential development at Panmure Street, beside the Forth & Clyde Canal. Permeable paving and a 70 m (230 ft) long soakaway collect surface water run-off, while additional treatment is provided by swales landscaped around the three buildings and parking areas. Collected surface water that cannot be returned to the environment is stored within an attenuation area, the outflow of which is controlled by the Hydro-Brake® Optimum.

The data logger was put in place as part of a separate project to provide insight into flow volumes. It is equipped with an ultrasonic lookdown sensor that monitors water levels at regular intervals and can trigger automatic warnings if certain flow and water level conditions are reached.

The hydrometry data from the data logger demonstrates that, thanks to the Hydro-Brake® Optimum flow control, flooding has not been an issue at the Panmure Street development since its completion.

Every Hydro-Brake® Optimum flow control is designed to meet site-specific requirements, and in this case it was precision engineered to control the flow-rate to the downstream system up to 8.7 L/s (18.4 cu ft/m).

In the 12 months since the data logger has been monitoring performance, the site experienced 17 rainfall events exceeding 20 mm/hr (0.75 in/hr), with peak rainfall intensity at times reaching almost 80 mm/hr (1.25 in/hr). Data logs show that even during these storm events the head in the flow control chamber never exceeded 0.717 m (2.3 ft)—in other words, the Hydro-Brake® Optimum limited head to just 30% of its design maximum, managing flow effectively and preventing flooding to the downstream system (see Figure 1). 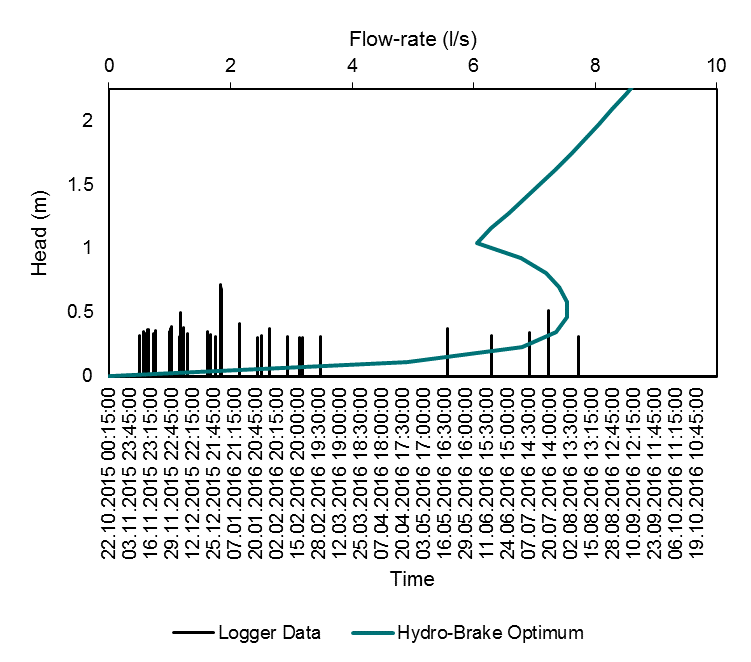 This kind of “smart monitoring” provides new, real-world insight into the critical environmental factors that are associated with flood events.

Enabling early warning of flooding and allowing flood response teams to deploy quickly to prevent or mitigate the effects of flooding, the remote data loggers can be configured to monitor water levels at regular intervals from 10 seconds to 12 hours, and can transmit data to telemetry systems for monitoring and to provide early warning alerts to decision makers and response teams.

Over a longer timeframe, hydrometric data can be used to identify environmental trends in order to support more effective planning, design, purchasing and asset management decisions.


Scottish Canals is responsible to the Scottish Government for the management and development of the Union, Monkland, Forth & Clyde, Crinan and Caledonian Canals. Together these designated scheduled ancient monuments extend over 137 miles from coast to coast, across country and into the cities of Edinburgh, Glasgow and Inverness.

Today Scottish Canals is taking these 18th century assets and using innovative technology to tackle modern day problems. Through working with partners to create pioneering systems Scottish Canals are helping to combat flooding and regenerating some of Scotland’s most rundown and deprived areas.

As well as the waterways themselves, Scottish Canals care for 251 bridges, 212 buildings, 256 locks, The Falkirk Wheel, The Kelpies and 19 water supply reservoirs in locations across Scotland. The reservoirs cover an area equivalent to 7,494 soccer pitches and supply the canals with the 332 million litres of water which flow through them each day. 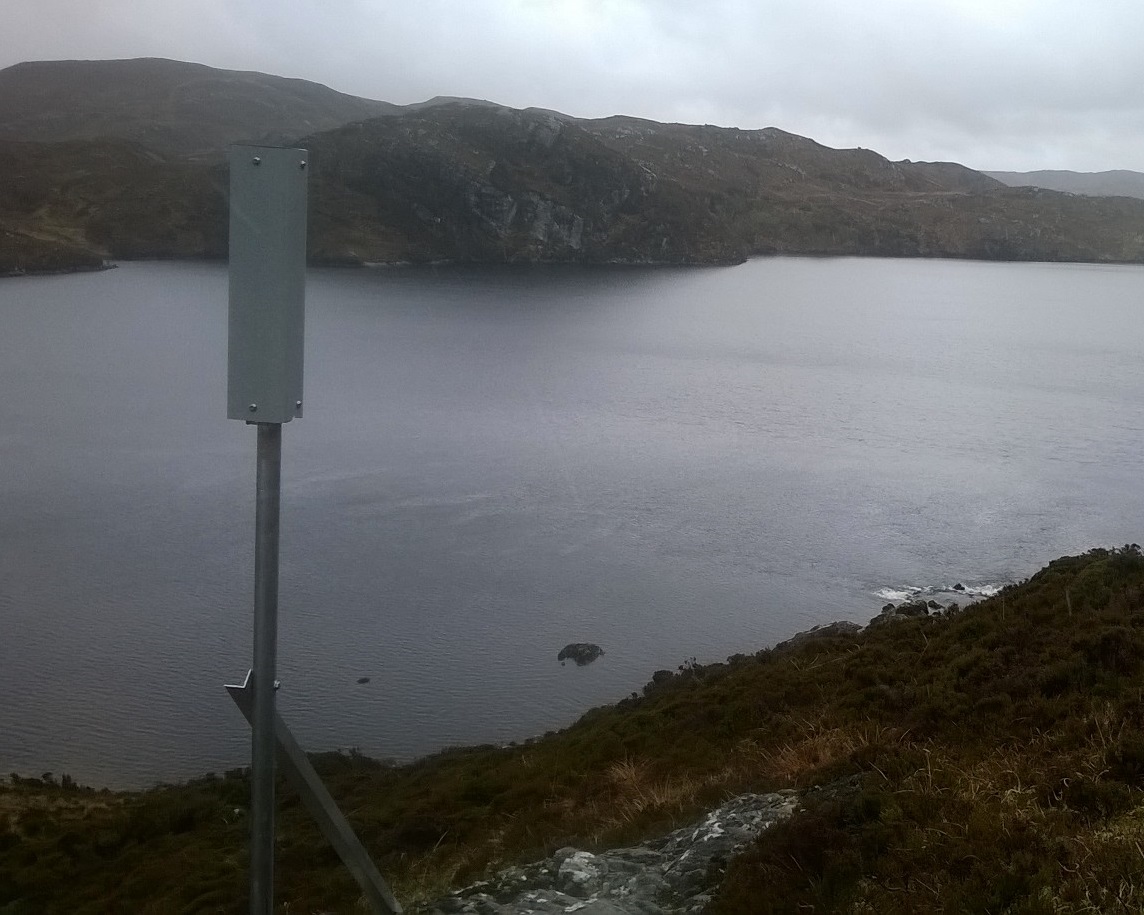