Hydro International launches its new monitoring and telemetry logger to help engineers to monitor and collect more data for water flow, level, quality and weather in remote locations, or where there is no power supply.

The new logger offers improved user interface, including protected Wi-Fi access, allowing engineers to configure the FL105 logger. Where available, the Wi-Fi can be used to transfer data to Timeview® or to your own server via FTP.  Its new design keeps wiring and components isolated so that the battery or SIM card can be switched out safely.

Phil Collins, Sales Director Europe at Hydro International comments, “Our new Hydro-Logic® Flexi Logger 105 is a major step forward for the industry in improving performance and usability for engineers when recording water flow, level, quality and weather on-site. The 4G modem and protected Wi-Fi access provides users with the functionality to stay connected and record vital data from remote sites or those with no power supply, which will provide invaluable efficiencies.”

Engineers can easily upgrade FL100 models at existing sites to the new Hydro-Logic® Flexi Logger 105 as it is compact enough to fit into our standard pole top enclosure.  Get in touch to discuss upgrading your FL100 to a FL105.

Find out more about how the Hydro-Logic® Flexi Logger 105 can help you better understand the water environment with more and better data. 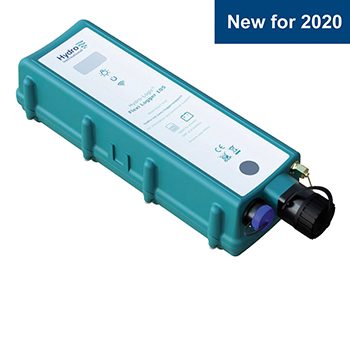 Find out more about the Hydro-Logic Flexi Logger 105

Watch the overview video to find out more about how the Hydro-Logic® Flexi Logger 105 can help you better understand the water environment.

Download the overview brochure on our Hydro-Logic® Flexi Logger range.