Battling against suds and floods took on a whole new meaning for the charity challengers in Hydro International’s annual “thrills and spills” It’s a Knockout fundraiser.

Battling against suds and floods took on a whole new meaning for the charity challengers in Hydro International’s annual “thrills and spills” It’s a Knockout fundraiser which splashed its way to a £3,000 ($3,900) cash boost for WaterAid.

Now a firm fixture in the water industry calendar, the 2016 event brought the grand total raised for the charity since the event began eight years ago to nearly £75,000 ($99,600).  Said Tony Hollox, Hydro International’s Chief Financial Officer:

“A big thank-you to all the teams who took part in this years’ event and to the Hydro International staff who worked so hard to organize it.  WaterAid is a worthy cause and we are delighted to continue to support the charity in a way that is such great fun for everyone.”

With generous sponsorship this year from Frankische and Nidaplast Environment, eight energetic teams slipped, slid and slithered their way over giant inflatable challenges during the contest on June 16 at a venue close to Hydro International’s UK headquarters in Clevedon, Somerset. 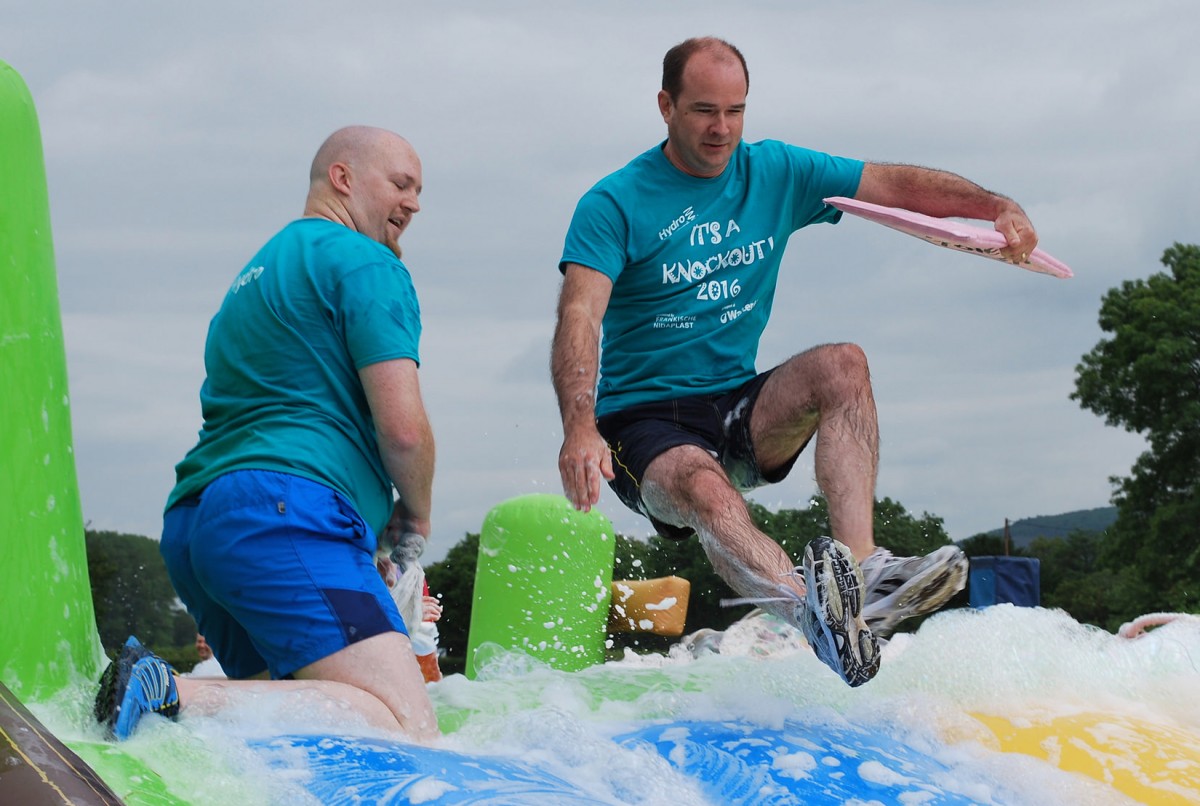 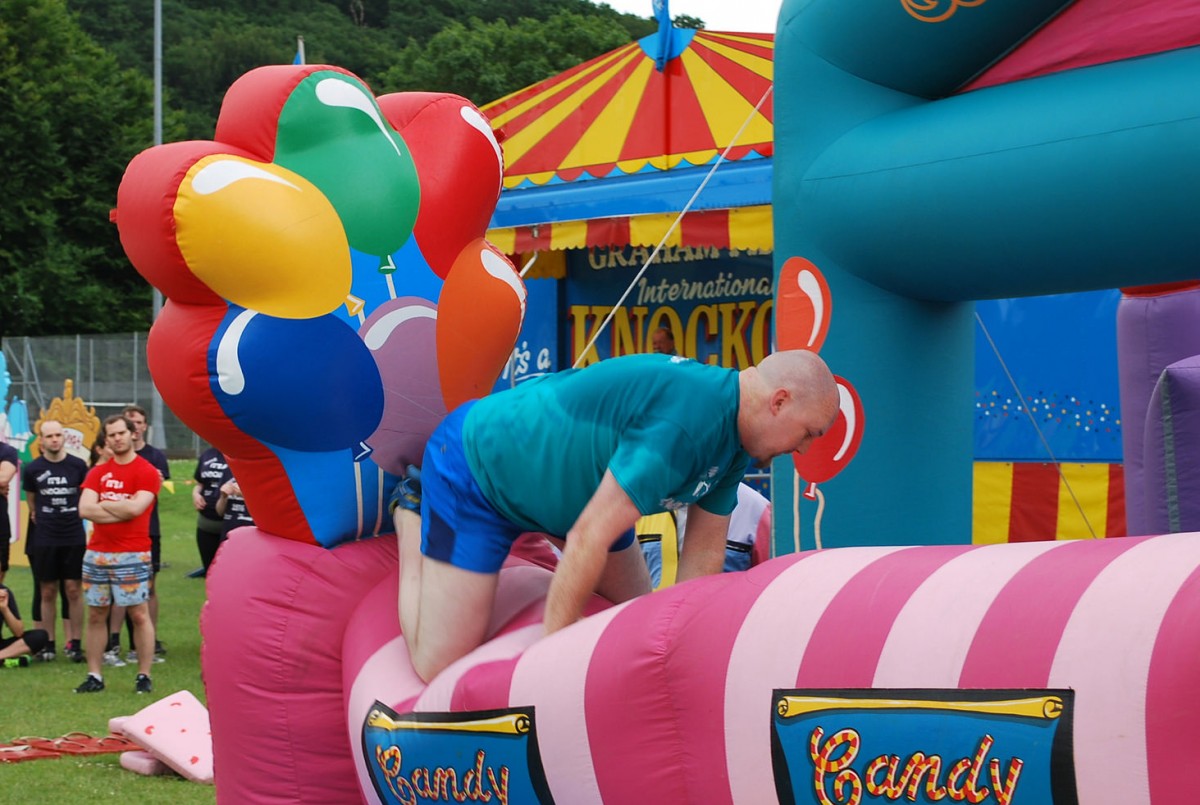 Taking home the coveted Tap Trophy was the victorious BondArc – a joint team of Bond Dickinson and Arc Energy Resources.  But for the last-placed team Arthur J Gallagher, being presented with the even more coveted Loser’s Bucket was, as usual, an even more memorable honor.

All money raised by Hydro International will go towards WaterAid’s work providing vital water, sanitation and hygiene services to some of the world’s poorest and most marginalized communities.  WaterAid believes in a world where everyone, everywhere will have access to clean water and safe sanitation. www.wateraid.org News Community cleanup will use trash for environmental research

Hydro International volunteers clean up an impaired watershed, and will conduct environmental analysis on trash collected. Our six values are at the heart of our culture, and they reflect how we do business.