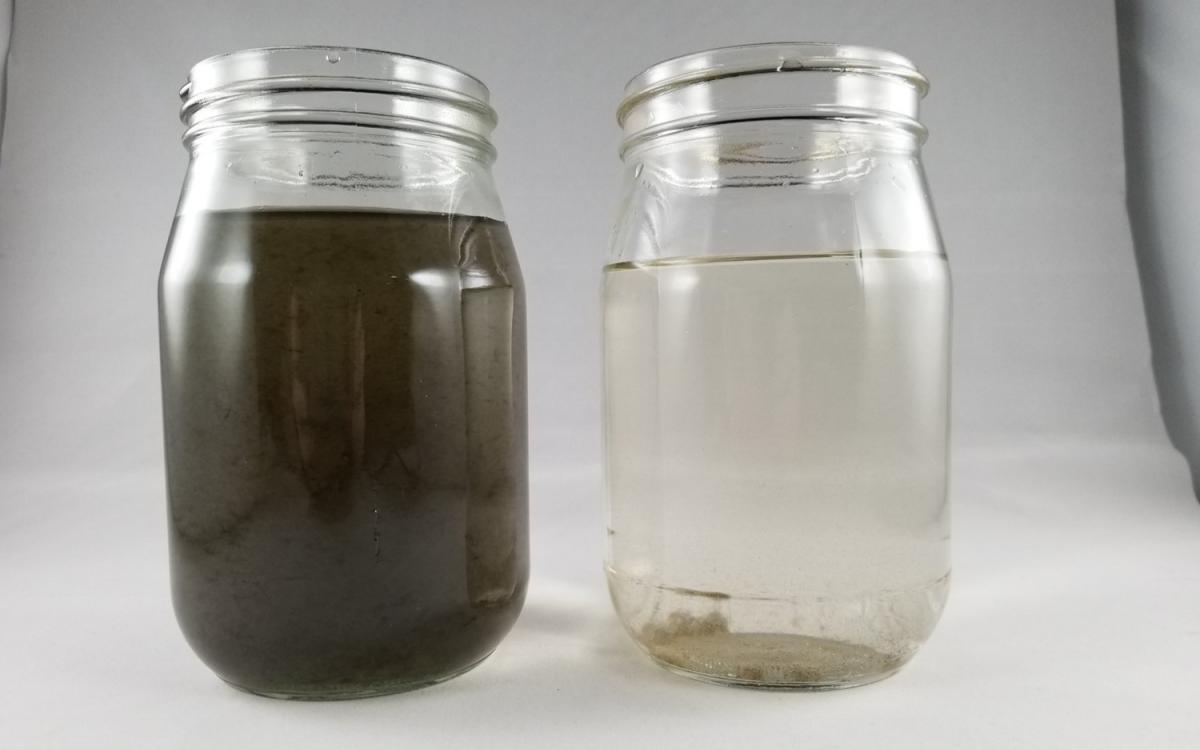 An aggregate recycling company along the Harlem River in New York State had significant amounts of concrete dust getting into their stormwater and the resulting turbidity was noticeable enough that they were approached by the local sewer district and asked to address the problem.

The particle size of the dust in the stormwater runoff was too fine to use a filtration system without causing frequent clogging which would be expensive to maintain in the long-term. The company needed a simple, inexpensive treatment solution that wouldn’t take up too much space on their site.

Water samples collected from the site were tested with a variety of chemical flocculents at various mixing speeds to determine which combination would force the most sediment to clump together after which, it could easily be separated out producing visibly clearer water. The most effective option was found to remove 93% of sediment and reduce turbidity by 95%.

The recommended product package not only demonstrated strong pollutant removal efficiencies, the capital investment was 30% less than using a filtration system. Pollutants carried in surface water runoff can put industrial businesses in breach of compliance with environmental regulations and permits. What do you need to know about industrial stormwater, and what can you do about it?